Update: Please refer our latest blog for the latest news on iOS12 compatibility with MobileFirst .

Apple announced iOS 12 during their annual WWDC2018 conference. This release of iOS includes many new user and developer oriented features. You can read more about all the new features in iOS 12 here.

We encourage you to start testing your application(s) with iOS 12.

Update: If you are planning to build your MobileFirst v8 application for iOS12 you have to remove stdc++ library from your Dependencies. This is because stdc++ is removed in iOS 12. Refer Known Issues section in this blog for details of the workaround.

Existing application(s) that were created using MobileFirst Platform v7.1 and v8.0 will work on iOS 12 as they did on previous versions of iOS.

You can opt to build application(s) with Xcode 9 and republish to the App Store. These application(s) will work on iOS 12. Make sure to build app with only 64 bit architecture. Apple mandates that iOS apps and app updates submitted to the App Store from must be built with the Xcode 9 and iOS 11 SDK and must support the Super Retina display of iPhone X. Ensure that your apps are built to meet these requirements.

Review the following section to learn what actions you need to take so that your app can support iOS 12. These needs to be considered only if you are building the application(s) using new Xcode 10 build. 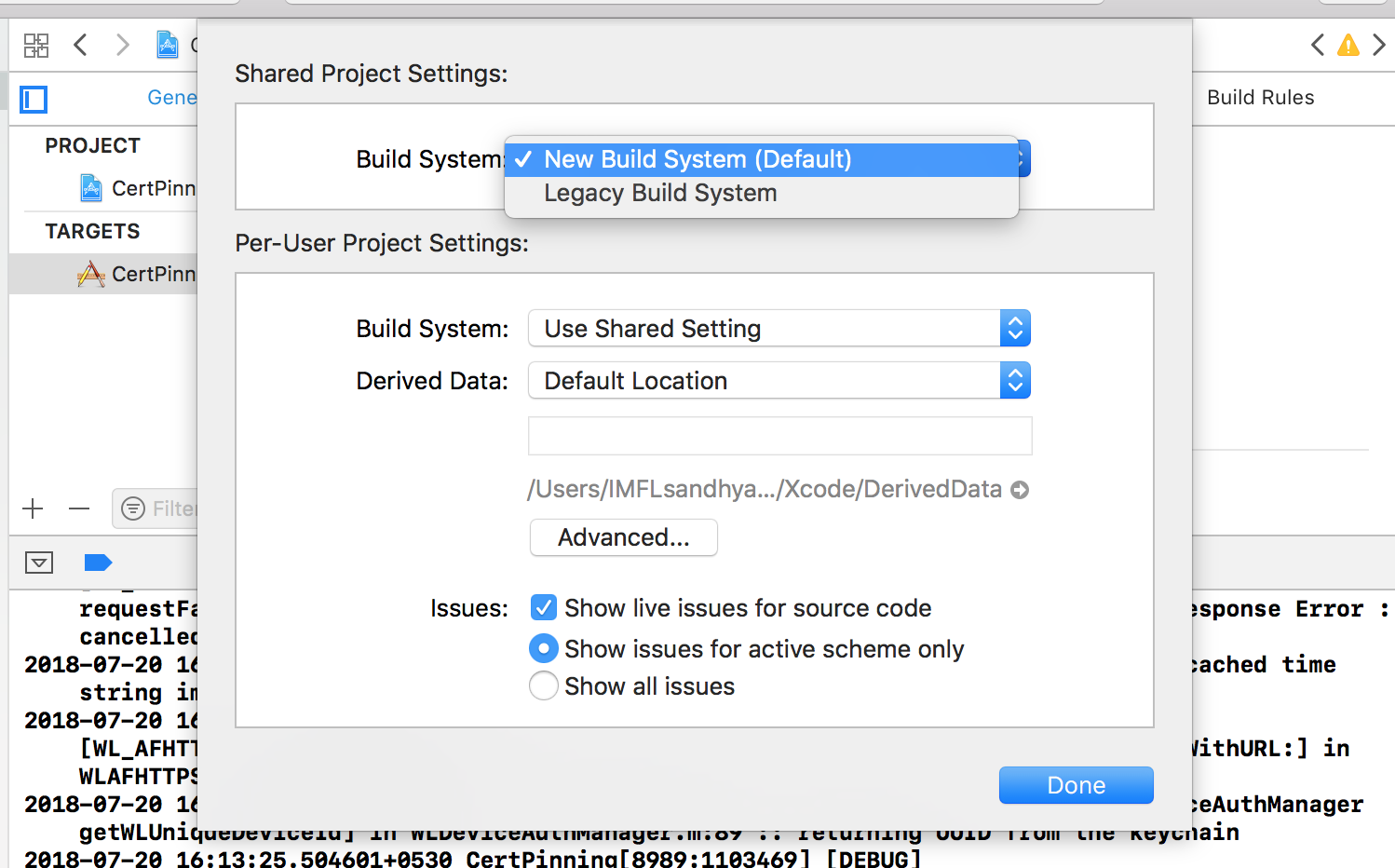 For the compatibility test we had to use “legacy build system” to get rid of the issue reported here For more details on Xcode 10, refer Whats new in XCode10.

Update: Lately we verified MobileFirst features with Xcode 10 with new build system without any issues.

Along with iOS 12 apple introduced Swift 4.2 for Swift developers. Xcode 10 build can build targets written in only Swift 4.x or Swift 3.2. Xcode 10 can be used for migration to Swift 4, This can be easily done using the migration guide. Apple introduced Swift 4.2 to be an intermediate step towards achieving ABI stability in Swift 5, which should enable binary compatibility between applications and libraries compiled with different Swift versions.

As per Apple you can submit apps in Swift 3.2 to the App Store and migrate individual modules to Swift 4 when you are ready. We strongly encourage you to migrate your code to Swift 4.2 in order to prepare for the ABI stability coming in Swift 5.0.

Apple also announced the deprecation of UIWebView whose replacement is the WKWebView. This does not have any impact on MobileFirst features in iOS 12. MobileFirst v8.0 already supports WKWebview using the WKWebview Cordova plugin (). We will be migrating to WKWebview in the MobileFirst SDK in a future iFix.

Highlighted features that were tested for Mobilefirst Foundation v7.1 and v8.0:

We had also verified MFP based cordova, ionic and react-native apps.

All the above features were validated to work on iOS 12 beta 3.

Starting with iOS 12, stdc++ library is removed from simulator runtime, but it remains in the iOS 12.0 (device) runtime for binary compatibility with shipping apps. libstdc++ was deprecated 5 years ago. Apple’s more recent platforms (tvOS and watchOS) doesn’t support it. In order to test your app on simulator, please use the workaround suggested here. Mostly, for a hybrid/cordova app we found that entry of libstdc++ included in our project structure was red because Xcode couldn’t find the reference for it. After we removed the entry of libstdc++ from the project structure and added the new lib instead(libc++), it worked without issues. For a native app , you should remove libstdc++ from other linker flags in your xcode project as below:

Update: We verified Certificate Pinning with latest beta and found, certificate pinning is working fine. Previously, evaluating trust was failing due to the issue Certificate.

Disclaimer: Some of the action items that are addressed in the list above are not under IBM’s control. Therefore, we expect developers and IT managers to ensure that their infrastructure is up-to-date according to Apple’s requirements.