Device provisioning is the process of attaching a certificate to the device identity.
Device identity (or in short – device ID) is similar to user identity, but is used to uniquely identify a specific device.
Device identity is essential for various features, such as 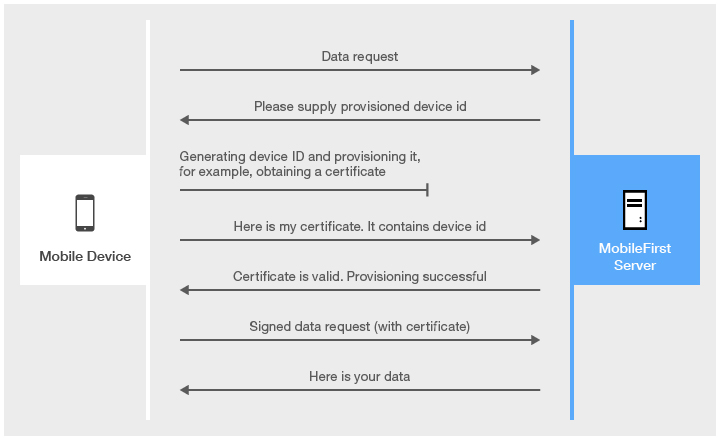 No provisioning is appropriate for development environments.
Using No provisioning means that the provisioning process is not triggered (requested) by MobileFirst Server.
The application obtains the device ID and sends it to the server as-is.
The server does not validate whether this device is allowed to communicate with it.
The certificate is not issued and not requested at any stage.
No provisioning is the default setting for mobile applications.

Authenticity check is a proprietary MobileFirst technology, which makes sure that the application is the authentic one and was not modified by anyone. 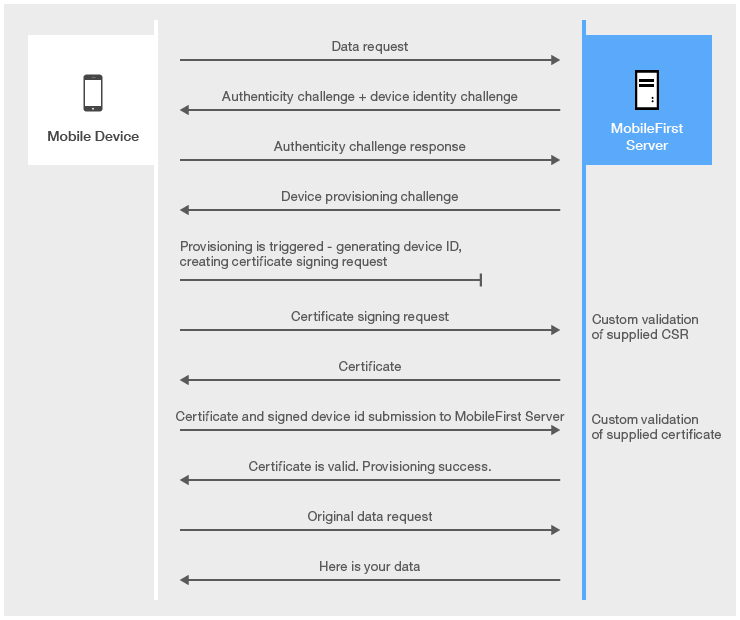 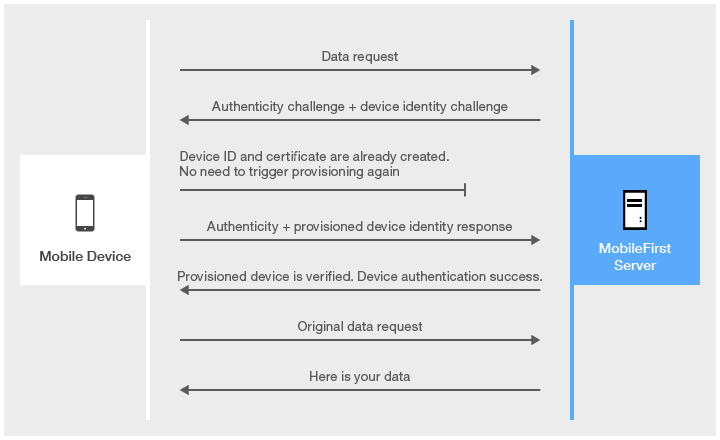 By default, MobileFirst Server uses its internal keystore to issue a certificate.
You can tell the server to use your own keystore by adjusting the worklight.properties file.
Note: The wl.ca.keystore.path property value can be either relative to the /server/ folder of the MobileFirst project or absolute to the file system.

You must use Auto provisioning together with application authenticity protection.
For more information, see Application Authenticity Protection.