Changing the Server URL during runtime

An often requested feature by customers for MobileFirst Platform (previously Worklight) is having the ability to change, during runtime, the MobileFirst Server URL an application will attempt connecting to.

In this blog post I will provide a quick usage example for the Hybrid API methods, for getting and setting the server URL in a simple demo application.

This feature can be used only in emulators/simulators and physical devices.
It is not supported while previewing the application's web resources in the MobileFirst Console.

You can download the demo application from my GitHub repository.
For API documentation visit this IBM MobileFirst Platform Foundation user documentation page.

So what's going on in the application?

As written above, this is a pretty simple application. It allows you to get & set the server URL as well as provide a verification that the URL change was successful. After the image is a quick rundown of the application's flow. 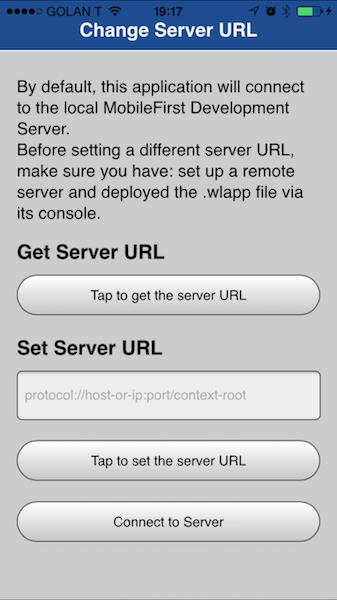 One pre-requisite is to make sure the .wlapp file of the application is deployed at each server that you intend to be able to connect to from the application.

To find out what is the URL of the current server the application is intended to connect to, WL.App.getServerUrl is used: 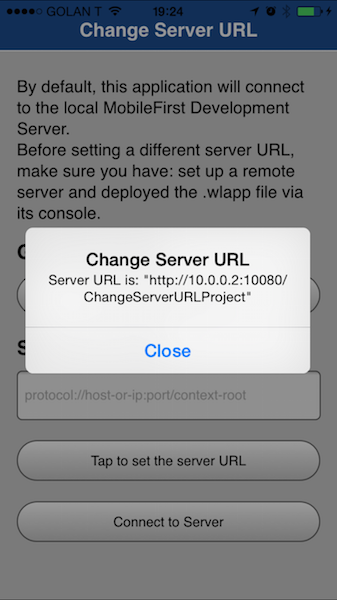 The application successfully connected to a MobileFirst server using the current server URL. To change the server URL to another server's URL, WL.App.setServerUrl is used. In this sample I chose to have the end-user manually enter a fully qualified address by inputting the protocol, host/IP address, port and context root, but of course this is purely applicative. 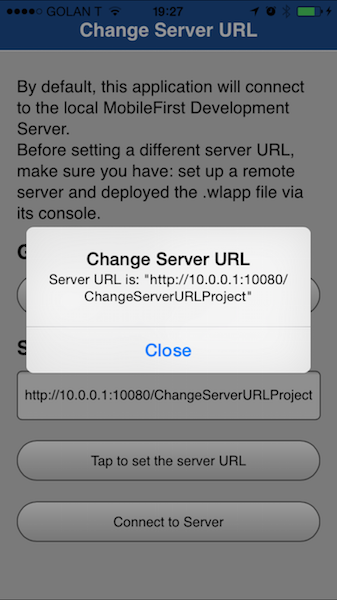 After setting the new server URL, we can now tap the connect button to connect again. Viola!