Windows 10 is officially out and users have started receiving OTA upgrades! Read about MobileFirst on the official Windows 10 release here

Microsoft announced the Technical Preview for Windows 10 desktop and tablets and Phones. We, at IBM Software Labs have laid our hands on the preview builds of both the desktop and phone versions of Windows 10 and quickly got MobileFirst applications deployed and running on these two platforms. You too can get hold of the preview builds by registering for the Windows Insider program. Once you have enrolled to the Windows Insider program, you can upgrade to Windows 10 by running the Windows Technical Preview installer .

For the Windows Phone, only a small subset of Lumia devices can be moved to Windows 10. See the list of devices here .
To install the Windows 10 Technical preview on the phone, you'll have to download the Windows Insider app and sign in with your Microsoft ID.

Windows 10 changes how MobileFirst application management notifications appear. While on Windows 8 and 8.1, the notifications take up the full horizontal width of the screen, Windows 10 shows a smaller dialog box. 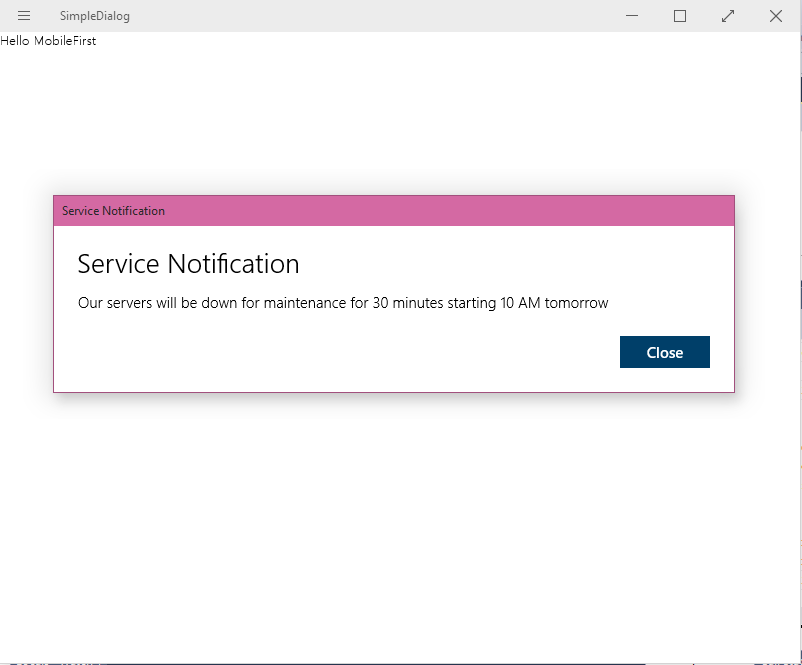