Note: At the time of the article the IBM MobileFirst Foundation 7.0 does not have a formal support for Windows Universal apps

IBM MobileFirst 7.0 has 4 SDKs available for Windows app developers. The WindowsPhone8 native and hybrid and Windows8 native and hybrid. The Hybrid SDKs are for developing Cordova Hybrid apps across all phone types. 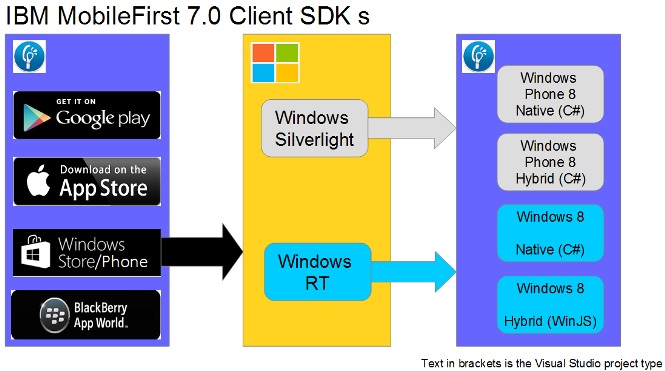 This will give you the necessary Windows artifacts to create the universal app. 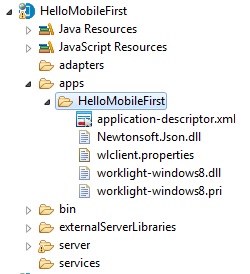 This also is the “server environment” that you will be connecting to from your app from the tab as well as the phone. 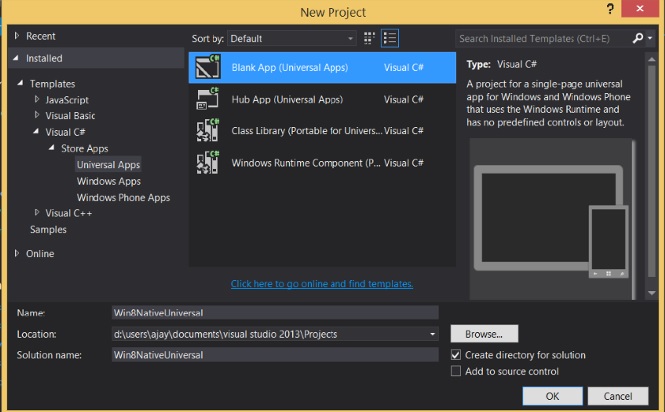 So as you can see in essence you are still creating and maintaining 2 apps.

b. Migrating from existing Windows 8 project

If you have a existing IBM MF Windows8 app – its easy to convert it to a Universal app. Right click on the [appname].Windows project in your solution and select “Add Phone app”. This will bring your solution to the Universal app template as above.

3. Add the IBM MF artifacts to your Windows Phone 8.1 project

Now add the following as References to the project from the location that the IBM MF Windows8 native app. 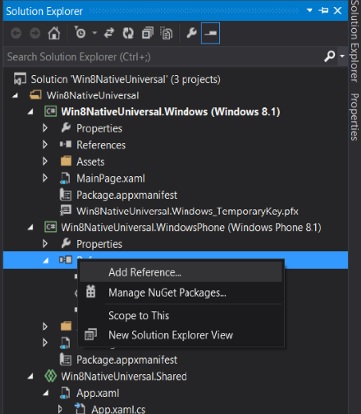 Also Add > Existing item the wlclient.properties file to the root of the project . Make sure you

Now you are ready to add code to the app. You can use the getting started as a starting point. For push notifications refer to the Windows 8 Native section. Once you are done coding your app – the build will produce 2 installers one for the tab app and one for the phone that you can use to submit to the app stores.

Let me know your experience in using the IBM MobileFirst Windows 8 Native SDK in a Windows Universal app.