For more information on this feature, refer to the links mentioned in the references below. This feature also allows integration of MobileFirst Platform Foundation Server with IBM Bluemix services. This article discusses the integration using the IBM Bluemix SQLDB Service while we can use the same approach to integrate with other services too. The MobileFirst adapters can be used to expose secure and monitored mobile friendly endpoints to mobile applications which can then be accessed via the MobileFirst Client SDK API. These adapters can be used to expose Bluemix services like Data management services, Watson services as MobileFirst endpoints for easy consumption by mobile clients. 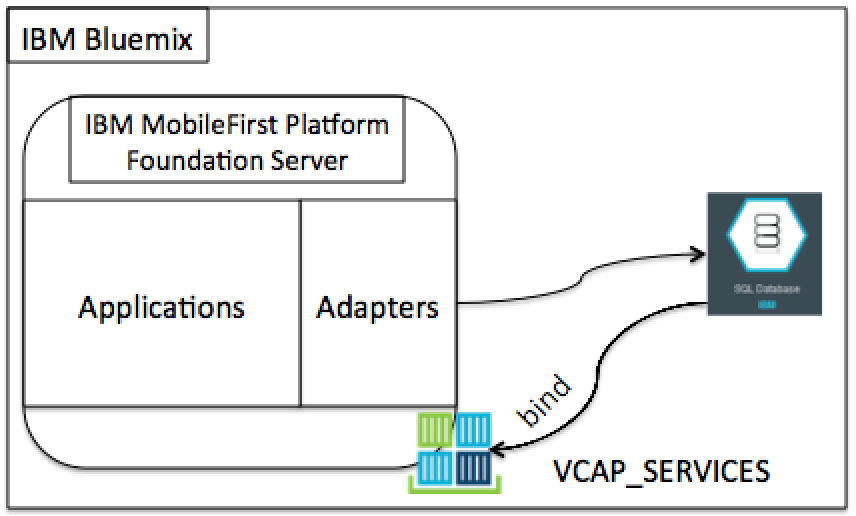 As illustrated in the above diagram, we use the MobileFirst Java adapter to access the SQLDB service. This involves the following steps:

Building the adapter: VCAP_SERVICES to the rescue