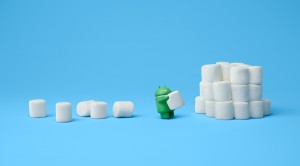 Android M AKA "Marshmallow" aka Android 6.0 has been confirmed by Google and the final preview build has also been released along with the Android 6.0 SDK. IBM is working on ensuring the MobileFirst Platform Foundation Android SDK is fully Android M compliant.

Prior to Android M users were supposed to approve permissions the app required at install time. Starting with Android M some of the most sensitive permissions will require users to grant approval during runtime, when the permission is first required. A popup dialog will be displayed. 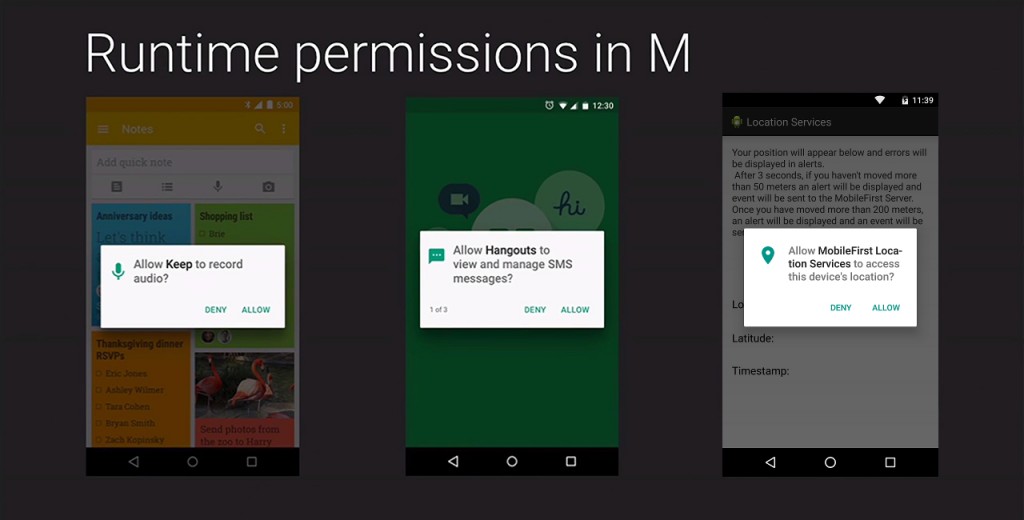 You can always remove a granted permission from Settings -> App -> YourApplication -> Permissions. During runtime if for some reason you chose to deny permission, you will be prompted again when the application tries the same operation or you can change the permissions in the Permissions section of the Application in Settings.

Look out for more information about the Cordova resolution in this blog.

IBM is working to ensure that MobileFirst Platform Android SDK HTTP connectivity is Android M compliant and works seamlessly as before. This blog post will be updated with further details.

Auto Backup for Apps makes seamless app data backup and restore possible with zero lines of application code. This feature will be available on Android devices running the upcoming M release. All you need to do to enable it for your app is update the targetSdkVersion to 23.

By default, all of the data files of an app are automatically copied out to a user’s Google Drive. MobileFirst Platform Android SDK doesn't allow the backup of application data.

Images: Portions of this page are reproduced from work created and shared by the Android Open Source Project and used according to terms described in the Creative Commons 2.5 Attribution License.