Getting Started With IBM MobileFirst and Node.js APIs built with LoopBack

IBM recently announced the acquisition of StrongLoop, creators of the LoopBack enterprise Node.js framework and active contributors to the Node.js community.

Developers need the ability to rapidly integrate data sources and build the API infrastructure required to deliver great app experiences.   The acquisition of StrongLoop helps IBM provide tools that enable rapid and efficient delivery on this ability. StrongLoop's LoopBack framework and composer tools enable developers to build APIs that expose data from back-end systems with minimal effort. Not only does it enable rapid API creation, but it also allows developers to tie into the rich Node.js ecosystem to leverage existing community code and assets to include in their projects. 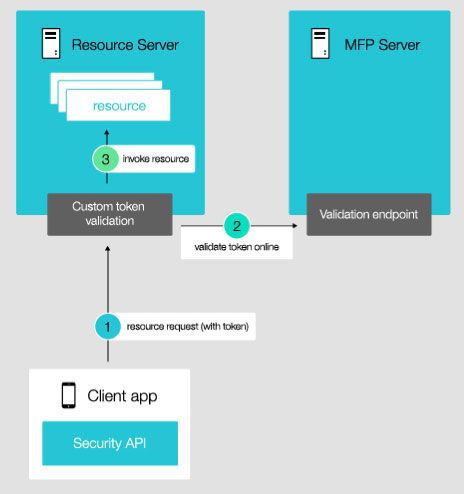 MobileFirst Platform Foundation Server has been able to manage APIs delivered on Node.js since version 7.0, including both user authentication, app management, and analytics collection.

This gives developers the freedom to mix and match services across technologies, including the best each platform has to offer, all managed by the MobileFirst Platform Foundation infrastructure.  It also gives developers the option to reuse existing community, resources, and skills across two of most popular languages among developers. Node.js and Java are the two most common languages on GitHub.

Put the two of these together, and it means that you are able to create and deliver secure and reliable applications faster, and more efficiently.

The mobile client application makes a request to the protected resource on the Node.js server.  The Node.js server will validate that the user's auth tokens are valid with the MobileFirst Platform Foundation server.

If the authenitcation is valid, the Node.js service will handle the request and return results as appropriate.

If the auth token is not valid, then the Node.js service returns a HTTP 401 Unauthorized response.

This gives you the ability to manage service interactions within your app in a single place - the MobileFirst Platform Foundation server. The MobileFirst integration provides authentication and app management, and also hooks into the same analytics engine used when invoking a MFP adapter. This gives you the flexibility to reuse resources from existing platforms and communities without compromise, plus you get the added bonus of shorter time from concept to delivery.

Setting Up The Server

For an overview of StrongLoop's LoopBack framework, be sure to check out this related example that demonstrates how you can quickly and easily build a LoopBack API on top of IBM Cloudant.

From a command line terminal cd into the directory containing your Node.js project, and use npm to install the  Passport Strategy for IBM MobileFirst.

Next, open up the LoopBack application's server/server.js file in a text/JavaScript editor.

First you'll need to add the passport and MFP strategy for use within the server.js file.

Next, we'll add some helper functions to keep things simple.  The cont function is simply a callback to the LoopBack/Express.js next() function, which invokes the next step of the API request chain. Calling next() after the authentication request is very important, otherwise the generated service endpoint will be overwritten.  The auth function is a helper function to simplify authentication of endpoints.  You pass in the security realm string to which you want to authenticate.

With these helper functions in place we are now ready to protect endpoints.  You can globally protect all api endpoints, or you have the flexibility to protect individual REST method endpoints with different authentication realms.

From the client-side mobile application, you can invoke these protected APIs the exact same way that you might invoke a call to a MobileFirst adapter. After authenticating a user, you make a request to the protected resource using the WLResourceRequest API.  The only difference is that you use the full URL to the proetected Node.js resource instead of a URL to a MobileFirst adapter.

In a HTML/Hybrid implementation, you would use the WLResourceRequest api:

For iOS applications, you call the WLResourceRequest sendWithURL method.  This can be done in either Objective-C or Swift. An Objective-C snipped is shown below:

For native Android applications, you would use the WLResourceRequest Java API, as shown in the next snippet:

If you aren't already familiar with setting up authentication realms here are a few resources to get started.

For more information, be sure to check out these resources: