IBM MobileFirst Platform Foundation Containers is a wizard-based web UI that allows you to deploy both IBM MobileFirst Server and Operational Analytics.

To start, click on the Deploy To Bluemix button below.

How to use the Application

The wizard allows you to customize, build and deploy the IBM MobileFirst Containers without any CLI based scripts or other utilities.

To deploy to IBM containers and Bluemix using this app, launch the application using a web browser and complete the following steps: 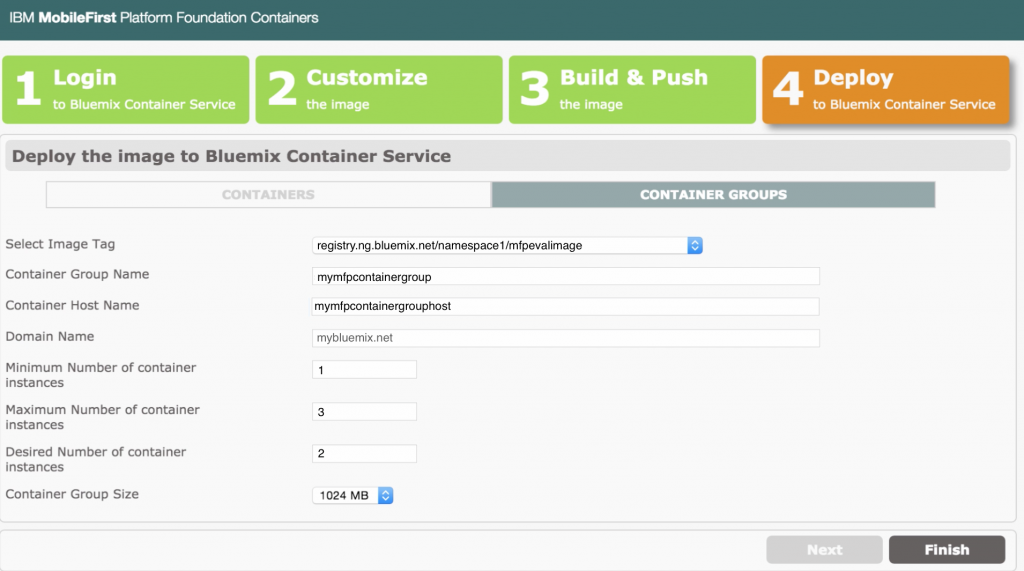 You can access the IBM MobileFirst Administration Console or Operational Analytics Console, upon successful deployment of the customized image. For example, see the following image.

Click the link to launch the IBM MobileFirst Operations or Analytics Console based on the deployment and refresh the app for another deployment.

Note: Help section of the app can be accessed by clicking the ? icon on the top-right corner of the page.