Exploring and Coding are part of every developer's life. While exploring you may come across many technologies, tools, libraries etc. Each technology has its own recommended IDE (Integrated Development Environment) for developing applications. Like

Coding using a new IDE is always a challenge as you have to learn about the new IDE and also you may already be familiar with an IDE and its shortcut keys. You will be more productive with an IDE which you love to code on.

Using the CLI commands mentioned under "Building the sample step by step" section of above mentioned link, create a new Cordova project namely MFPCordovaApp. Follow the other instructions to add platforms and plugins (Vibration and Camera).Once successfully created Your Cordova folder structure should look like as shown in the figure below. 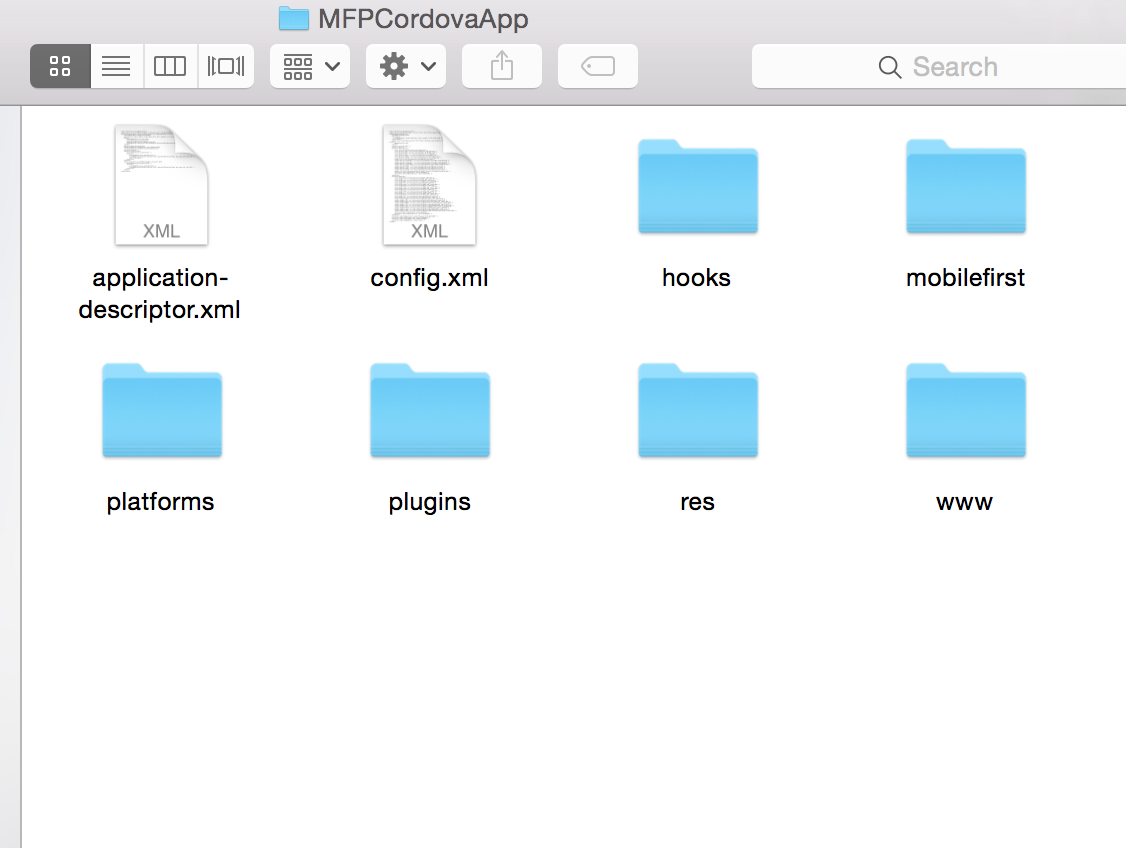 Here's the CLI Commands captured on a Mac Terminal for your reference:

Now, when you run your MFPCordovaApp on Mobile Browser Simulator (MBS) using the CLI command: mfp cordova preview. The app on iOS and Android after clicking on CAMERA button will call Cordova camera plugin and the output should look like as shown in the figure below 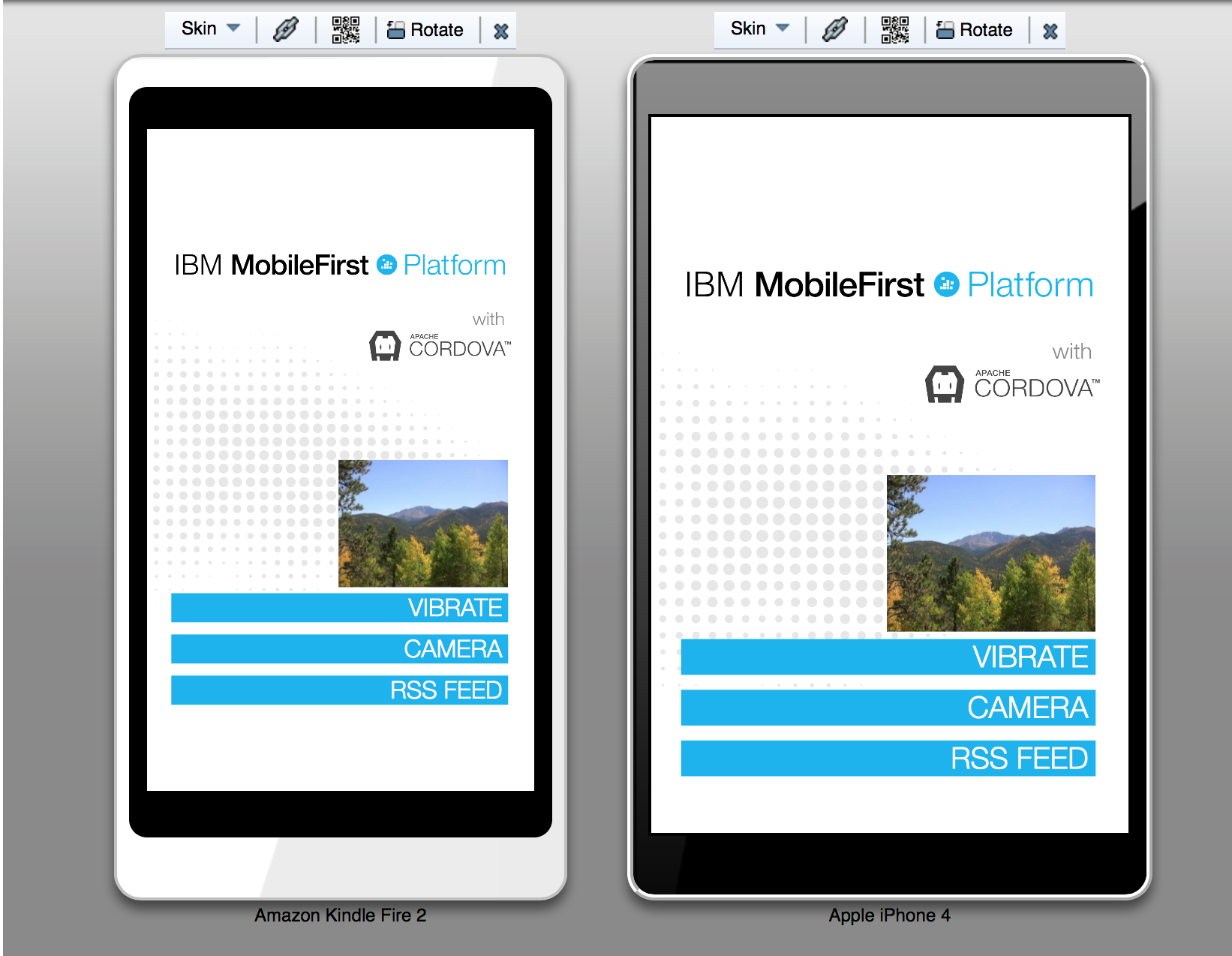 Follow the first three steps mentioned in this link. Note: Don't add any external libraries or frameworks namely Ionic or AngularJS as it is out-of-scope of this blog post.

Once successfully created, Navigate to your Visual Studio Cordova project folder and You should see the folder structure as shown in the figure below 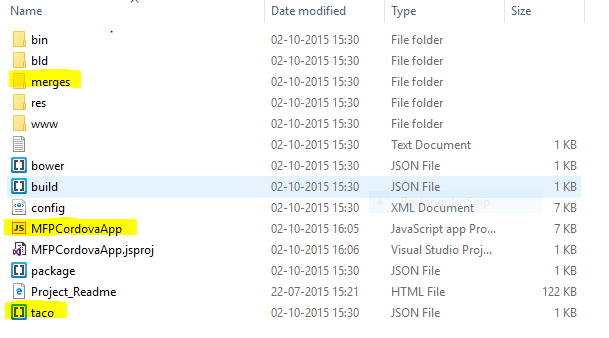 As of today, there is no defined way to achieve this. So the below mentioned steps are just a workaround to open your MFP project in Visual Studio for further development.If you have observed , Both MFP cordova project and VS cordova project are given the same name (MFPCordovaApp). There's a strong reason behind this. Visual Studio understands solution (.SLN) files and project(.CSproj/.JSproj) files. Even a slight change in the name of your solution file may cause issues in loading the project in Visual studio. You will understand more on this once you follow the steps mentioned below.

Now when you run MFP migrated cordova project on Visual Studio 2015, The output on Android Ripple-Nexus emulator should look like as shown in the figure below 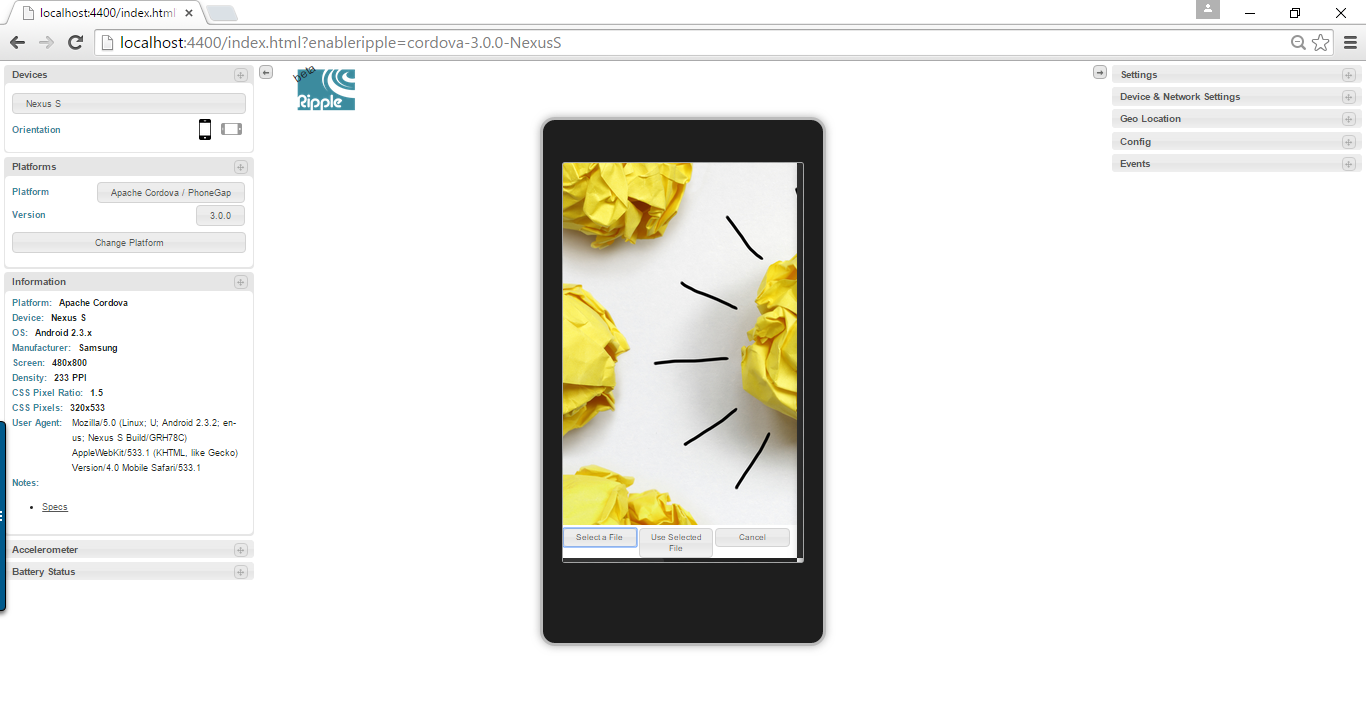 You can import your custom plugins and add more Cordova supported platforms by opening config.xml file in Visual Studio 2015.