Cordova applications have a very crucial event, deviceready, that indicates the Cordova’s API’s are fully loaded and ready to use. MobileFirst Foundation 8.0 APIs are loaded as Cordova plugins and therefore are only available after the deviceready event is fired. After the MobileFirst client SDK is loaded, the wlCommonInit function is invoked. wlCommonInit is defined by the developer as part of the application’s code.

NOTE: If you try to access MobileFirst APIs such as WL.Client.createSecurityCheckChallengeHandler, WLResourceRequest, WL.Analytics.log, etc. before wlCommonInit is called, a $function is not defined exception will be thrown.

Angular offers automatic and manual bootstrap for your application. In automatic mode Angular is initialized as soon as the DOM loads and an ng-app directive is found. Automatic initialization is ideal when you have all the resources available to you when the DOM is loaded; however, as mentioned before Cordova’s and MobileFirst Foundation’s APIs are only available after the deviceready event is fired.

Manual bootstrap is the recommended approach since it gives us the flexibility to initialize the Angular module at any time, in our case we want to initialize Angular after the wlCommonInit function is called.

By default the splash screen is hidden after the the deviceready event is fired and that is usually OK if your view is rendered at that time; however, since we are manually initializing Angular inside of the wlCommonInit function then your users will see Angular’s double curly brace notation {{}} for a fraction of a second. That is an unpleasant experience for the user and we want to avoid it.

To fix it we can simply set the AutoHideSplashScreen property to false in the config.xml by adding the following line <preference name="AutoHideSplashScreen" value="false" />. This will show the splash screen until we manually invoke the navigator.splashscreen.hide() function.

The placement of the navigator.splashscreen.hide() function is up to you to decide where it is optimal for your application, you can call it inside wlCommonInit or anywhere else in your application; I prefer to call it inside my first controller. Most applications have some type of authentication controller and it is usually the first screen the user sees, so I tend to call navigator.splashscreen.hide() inside of the authentication controller i.e.,

The MobileFirst Banking App was recently updated to use AngularJS and it follows the recommendations noted in this post. You can find the application by visiting https://github.com/MobileFirst-Platform-Developer-Center/MobileFirstBankCordova 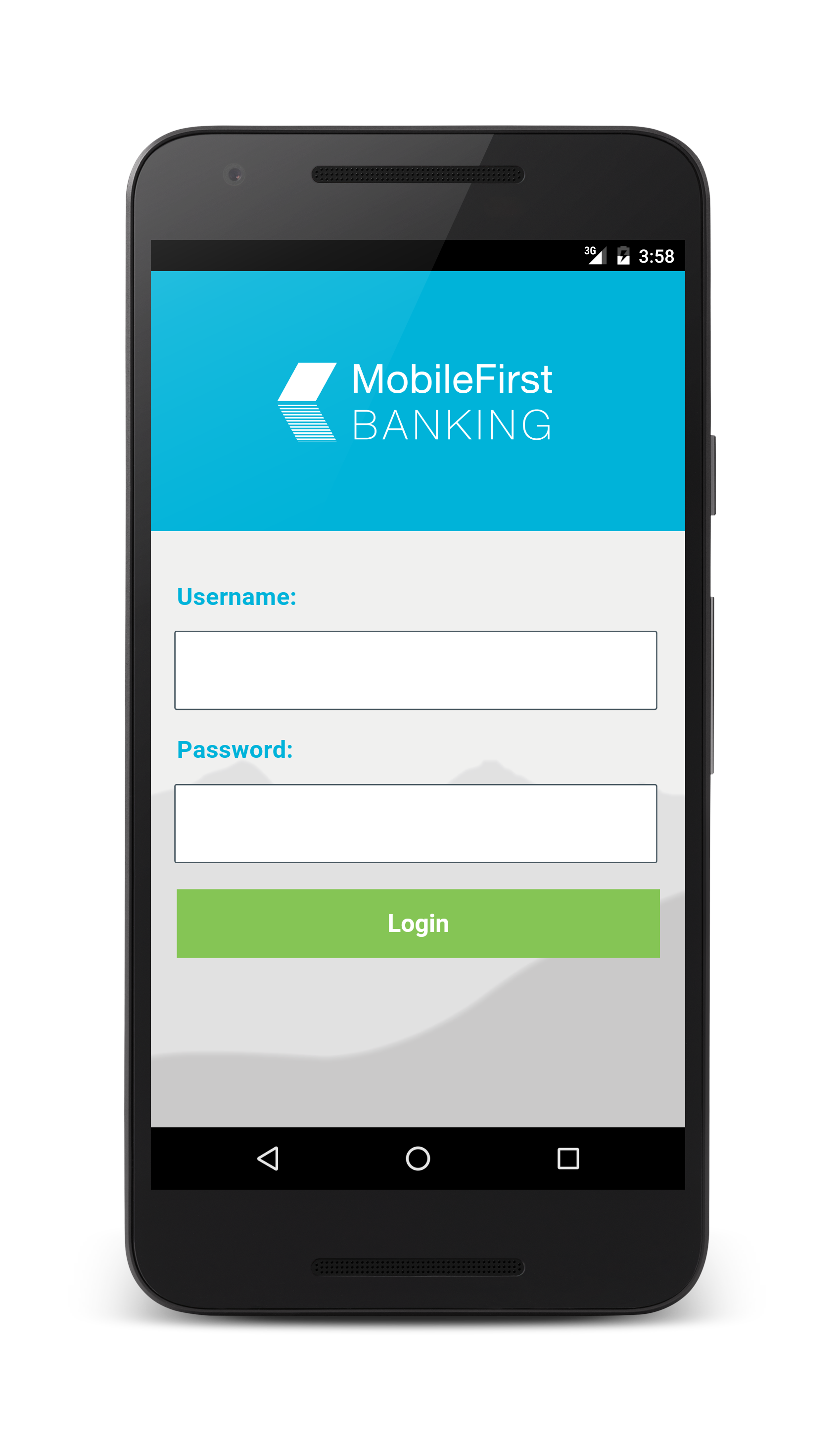 AngularJS is a very powerful framework and it’s single page app design is ideal for MobileFirst Foundation Cordova applications. In this post we covered the best practices of using Angular with a MobileFirst Cordova application, things like manual bootstrap and splash screen management. By following the steps mentioned above you can be sure that MobileFirst’s APIs will be available when your Angular services, factories, and providers are initialized.