IBM MobileFirst Platform Foundation 7.1 And Ionic 2 - Going forward at your own pace

As human beings, many of us spend a great deal of time thinking about the future. We can’t wait to get our hands on the newest technology, latest software versions, or latest mobile phones. Some of us embrace change more slowly, adopting new technologies when we feel it’s right to do it. Each of us moves towards the future at our own pace - some of us as sprinters, some of us as long distance runners, and others as joggers or walkers. And yet, we all move forward eventually. 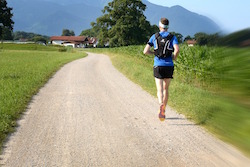 Ionic is a leading platform for hybrid mobile app development. It provides an easy way to build beautiful and interactive mobile apps using HTML5 and AngularJS. Now Ionic2 is out in beta, and it’s getting a lot of attention. Ionic2 is based on the newest version of AngularJS, version 2, which is very different from a development perspective, because it is much more component oriented than controller oriented. There is already good lab about working with IBM MobileFirst 8.0 and Ionic2.

Note: In case you are looking for a sample which shows MFP 7.1 + Angular 2 here you go.

In this blog I want to show how you can work with Ionic2 in an of MFP 7.1 Cordova app.

There is ready sample which you can work with in the following link.

The challenges of combining MobileFirst Platform 7.1 with Ionic 2 are the following:

And remember, if you want to jump forward ;-) MobileFirst Foundation version 8.0 is already here.