Start by adding an iPhone environment to your shell component by following the same procedure as for a standard IBM MobileFirst Platform Foundation application. 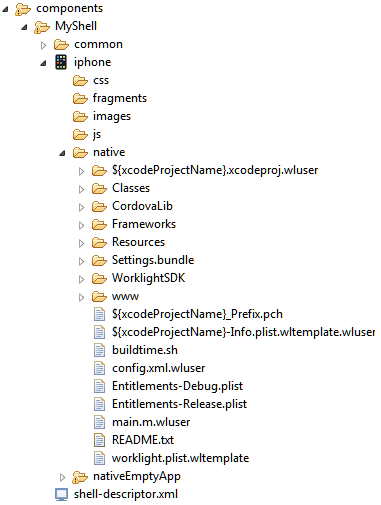 Files with the .wluser extension are template files that shell developers can modify.

Because the iphone\native folder of a Shell component is not an iOS project, advanced features such as auto-complete are not provided when you work on it directly.
The solution is to use the iPhone environment of the test application to create, modify, and debug the Objective C code.
The generated iOS project is created under the test application native\ folder.
Use it to work with your Objective C code.

Import MyCustomAlert.h and call this method from the viewDidLoad method of the application ViewController:

Run your application to see the implemented functions. 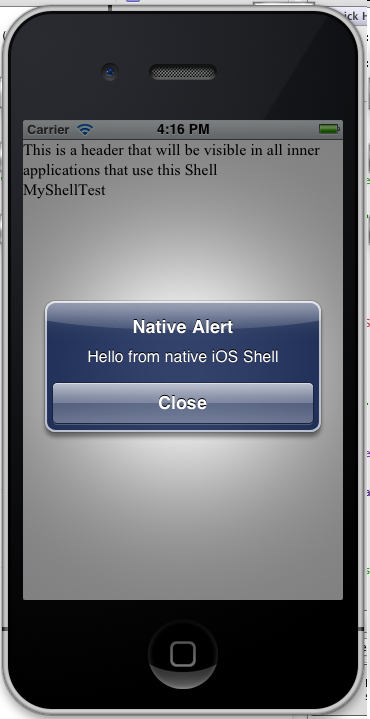 Finally, copy your Objective C code from the iPhone project that you used to develop it back to the shell component. 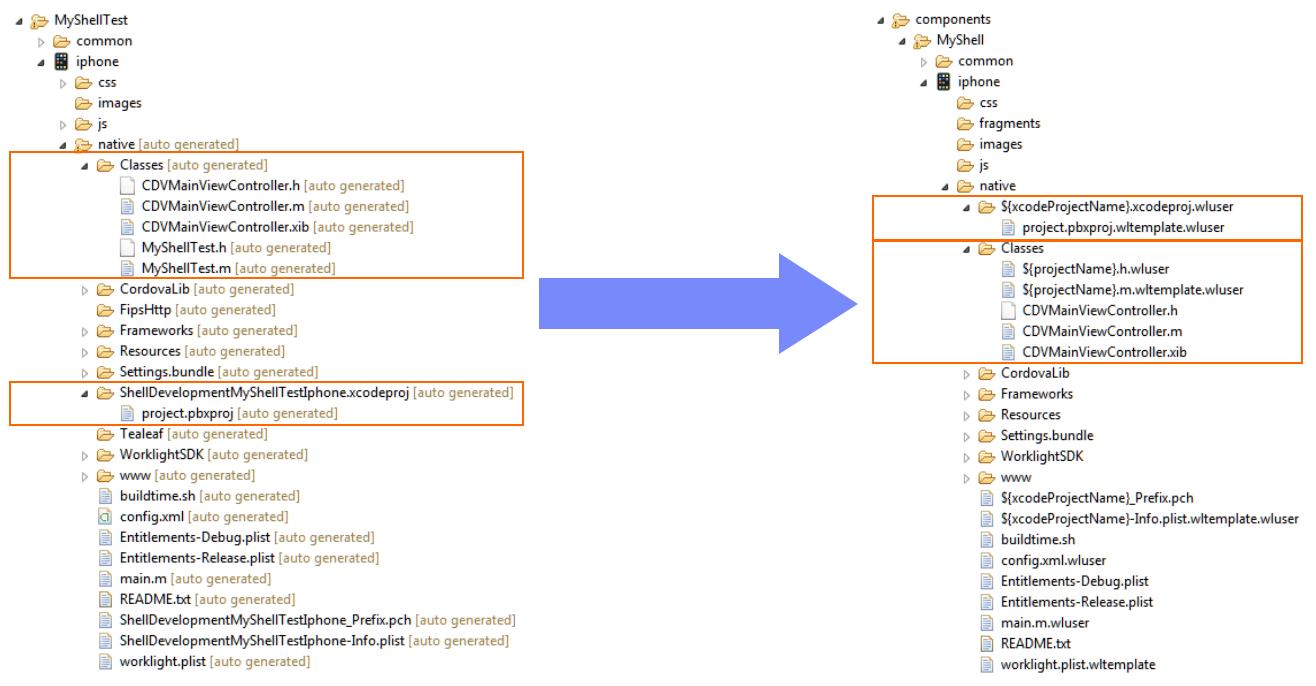 The custom Objective C classes added to the iPhone project can be copied, to keep the folder structure intact.
Xcode stores its own project structure in a project.pbxproj file. Therefore, the content of this file must also be copied from the test application to the shell component. 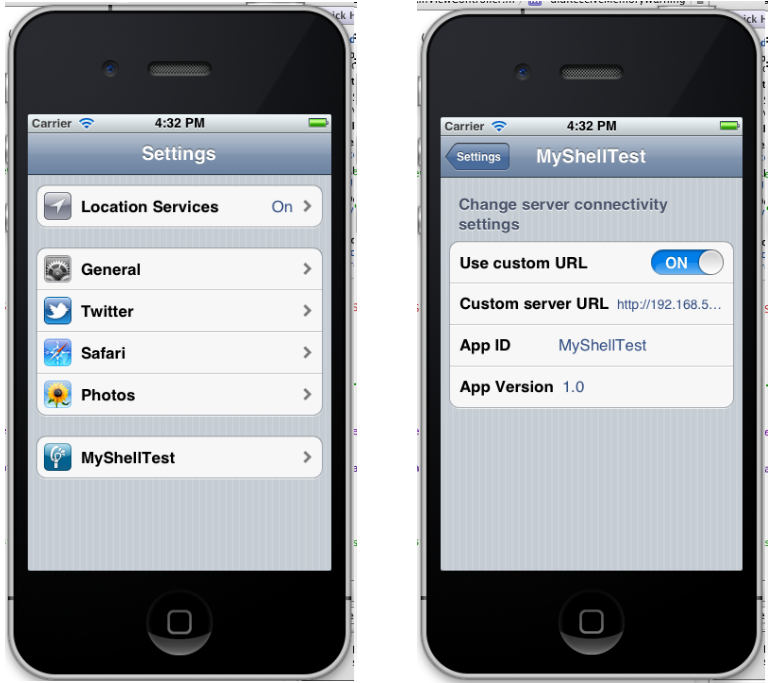