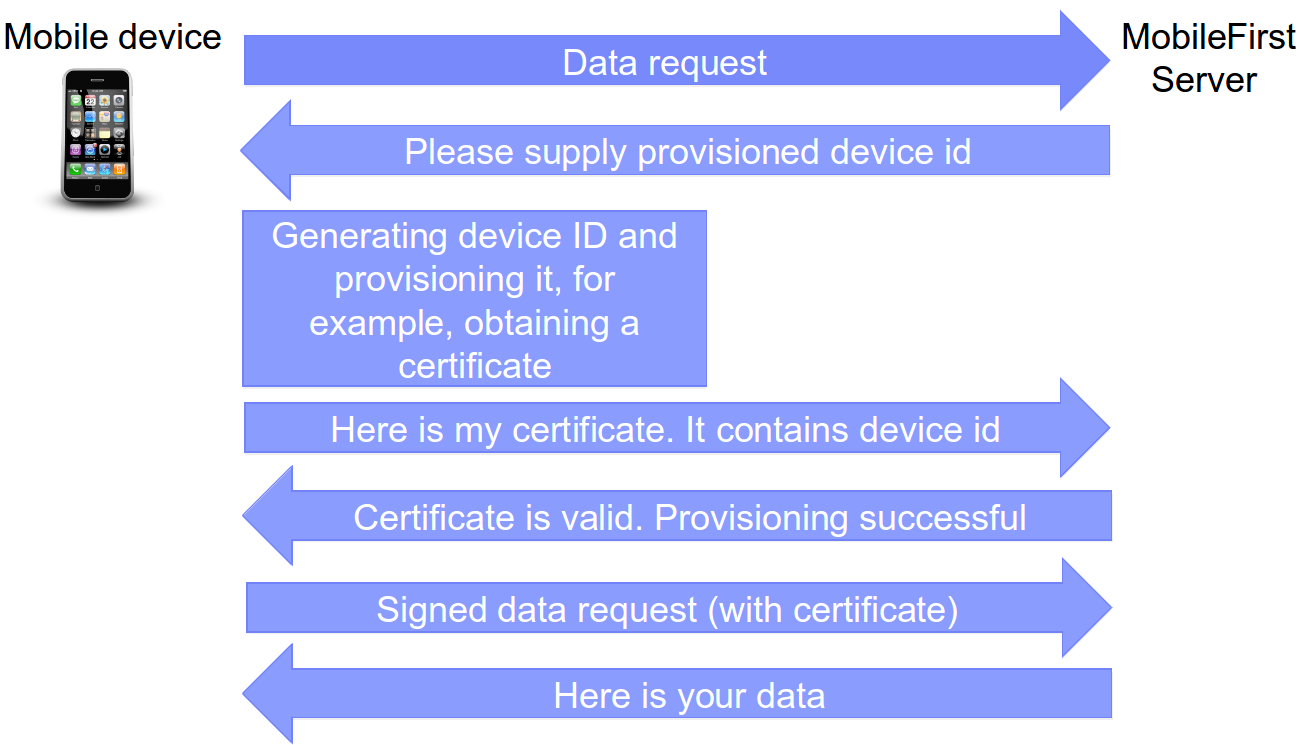 If you use a custom security test to protect a resource that requires device identity and you want to use No provisioning, add the realm to your security test. For example:

Authenticity check is a proprietary MobileFirst technology that makes sure the application is the authentic one and was not modified by anyone. 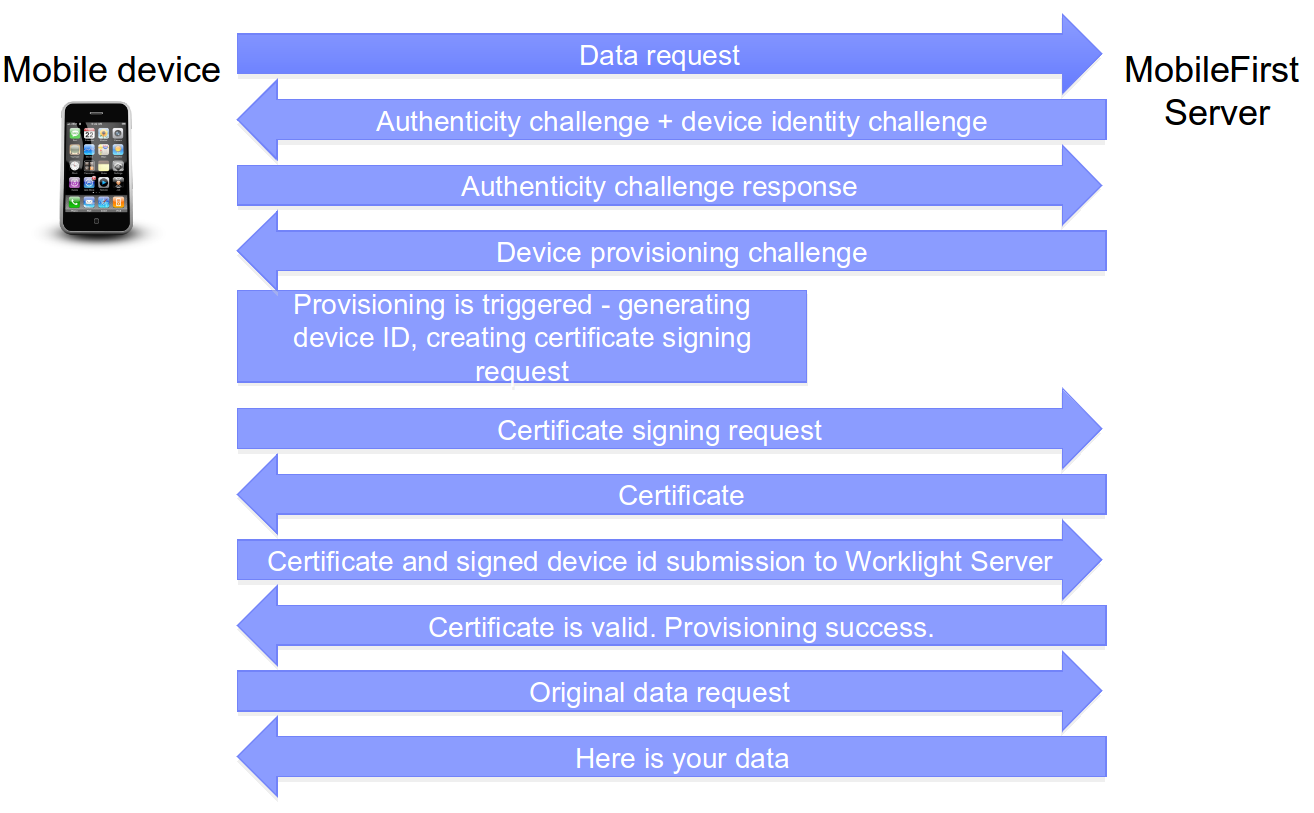 By default, the MobileFirst Server uses its internal keystore to issue a certificate.
You can tell the server to use your own keystore by adjusting the worklight.properties file.
Note: The wl.ca.keystore.path property value can be either relative to the /server/ folder of the MobileFirst project or absolute to the file system.

Auto provisioning must be used together with the application authenticity protection.
For more information, see Application Authenticity Protection