To serve a native Android application, MobileFirst Server must be aware of it. For this purpose, IBM MobileFirst Platform Foundation provides a Native API library, which contains a set of APIs and configuration files.

This tutorial explains how to generate the Android Native API and how to integrate it with a native Android application. These steps are necessary so that you can use it later on to achieve tasks such as connecting to MobileFirst Server, invoking adapter procedures, implementing authentication methods, and so on.

Prerequisite: Developers must be proficient with using Google's developer tools. 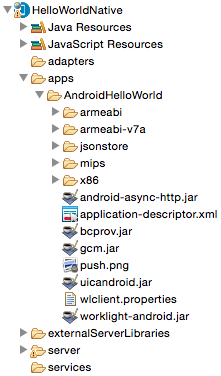 The wlclient.properties file holds server configuration properties and is user-editable. 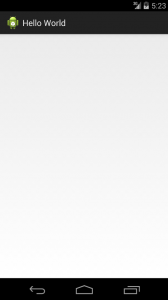