This tutorial explains the concept, API, and usage of push notification in the context of native Android applications.

Setting up your native Android application for push notification 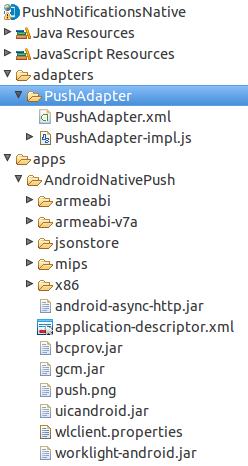 Deploy the native API and the adapter.

Copy libraries from the MobileFirst native API to the Android project.

Edit the wlclient.properties file in your native Android project and enter appropriate values for the following fields:

Modifications to the native Android project

Add the following permissions to the AndroidManifest.xml file of your Android project:

Add an intent-filter to the main AndroidNativePush activity for notifications.

Add the GCMIntentService and add an intent-filter for RECEIVE and REGISTRATION of notifications.

This can be achieved by creating a notification event source in the adapter JavaScript™ code at a global level (outside any JavaScript function).

isSubscribed() - Indicates whether the device is subscribed to push notifications.

This notification type enables sending and receiving messages by tags.
Tags represent topics of interest to the user and provide the ability to receive notifications according to the chosen interest.

Tags are defined in application-descriptor.xml:

Submits a notification that is based on the specified target parameters.
For a full list of message properties, see the user documentation.

To run the Android application, select Run As > Android Application. 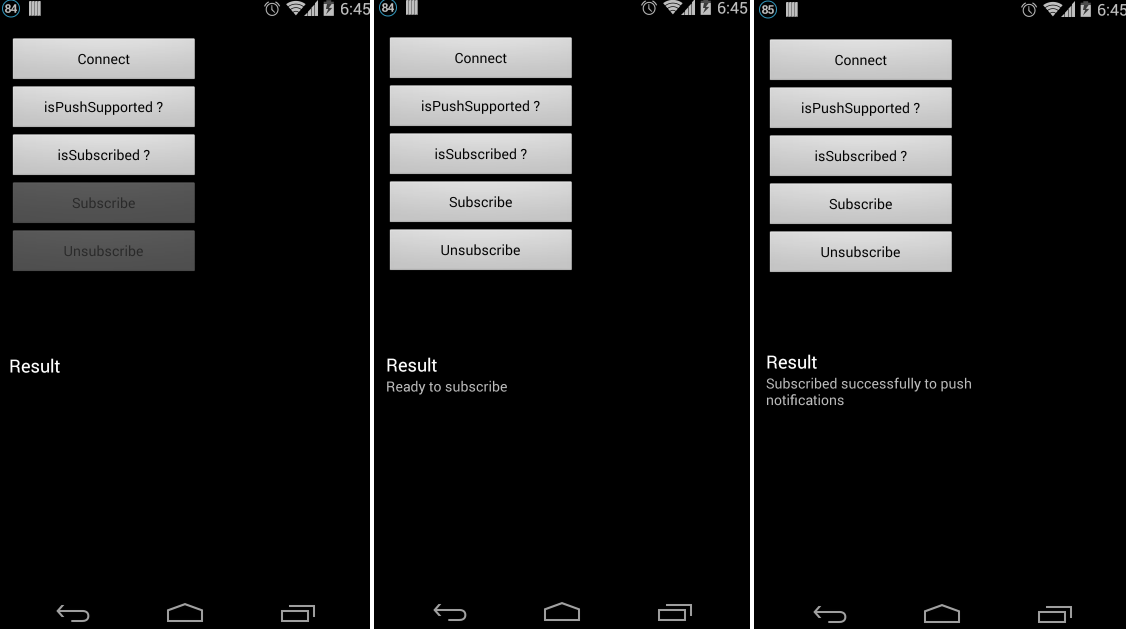 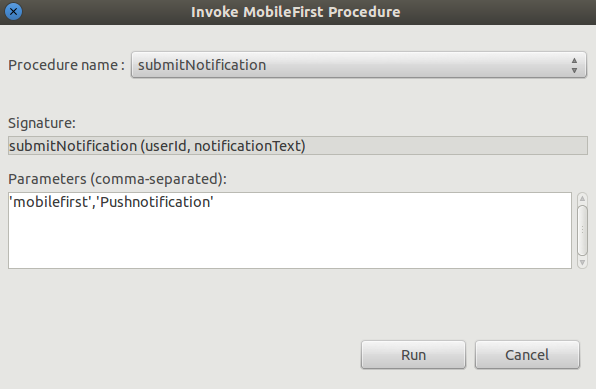 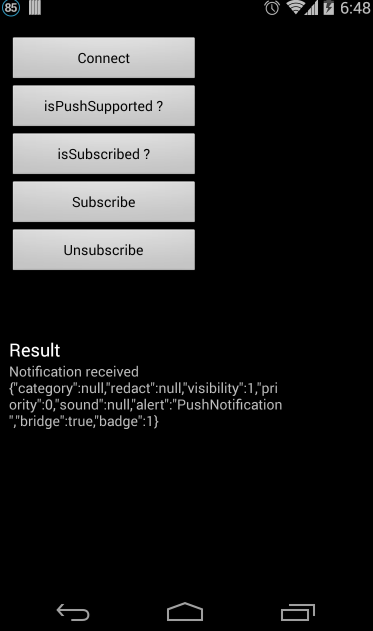