This tutorial is a continuation of the Java adapters tutorial and assumes previous knowledge of the concepts that are described there.

Java adapters gives you control over connectivity to your back end. It is therefore your responsibility to ensure best practices regarding performance and other implementation details.

This tutorial shows an example of a Java adapter that connects to an RSS feed by using a Java HttpClient, and covers the following topics:

RSSAdapterApplication extends MFPJAXRSApplication and is a good place to trigger any initialization required by your application.


RSSAdapterResource handles the requests to your adapter.

@Path("/") means that the resources are available at this URL: http(s)://host:port/ProjectName/adapters/AdapterName/

Because each request to your resource creates a new instance of RSSAdapterResource, it is important to reuse objects that might impact performance. In this example, the Http client is a static object and is initialized in a static init method, which gets called by the init method of RSSAdapterApplication, as described above.

This adapter exposes just one resource URL which allows you to retrieve the RSS feed from the back-end service.

Depending on whether you pass a topic parameter, the execute method builds a different path and retrieve a different RSS file.

If RSSResponse is not 200 OK, the status code and reason are written in the response instead.

Use the testing techniques as described in the Java adapter tutorial to test your work.

The adapter should return the RSS feed converted to JSON.

The attached sample includes an adapter, called RSSAdapter, and a hybrid application, called RSSReader, to test the adapter inside an application. 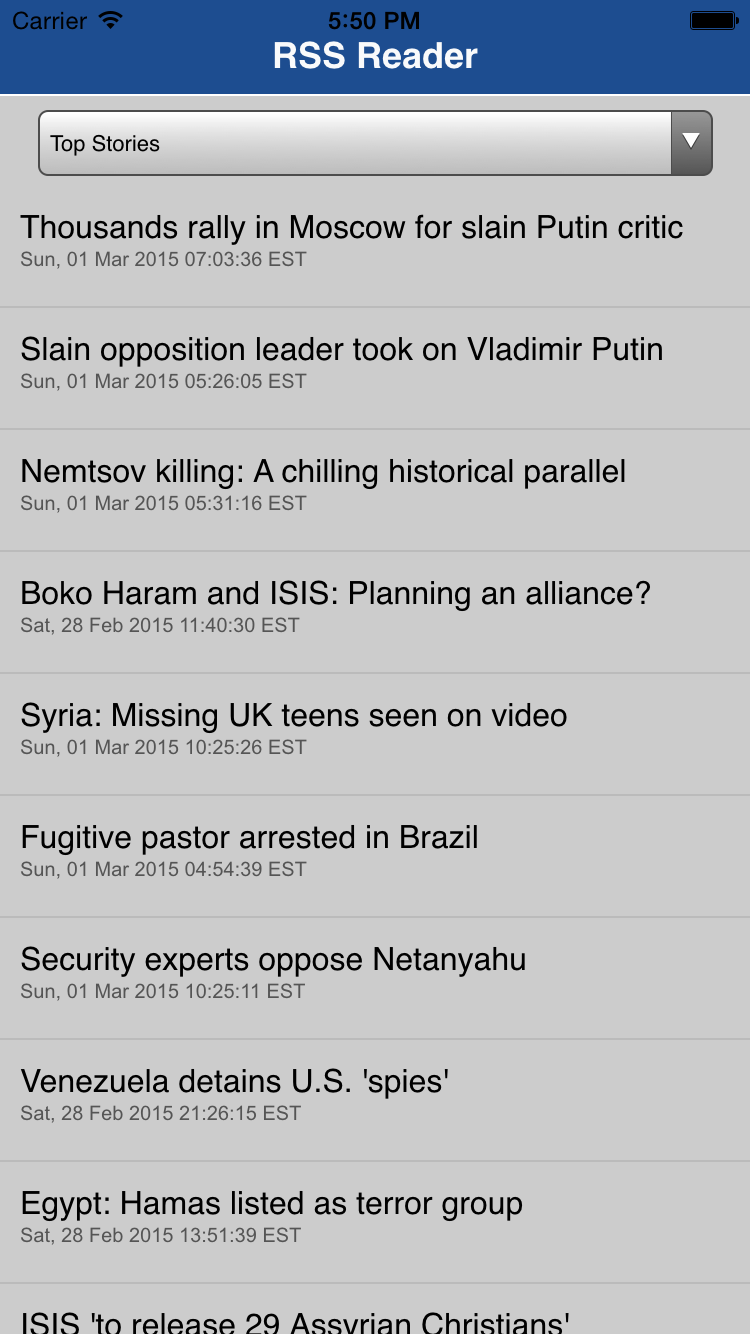