Instead of implementing this check, you can place implementation code in the wlCommonInit() function in common\js\main.js.

This tutorial demonstrates how to create and integrate a simple Apache Cordova plug-in for Android, in the following topics:

Implementing the Java code of a Cordova plug-in

After you have declared the plug-in and the JavaScript implementation is ready, you can implement the Cordova plug-in. 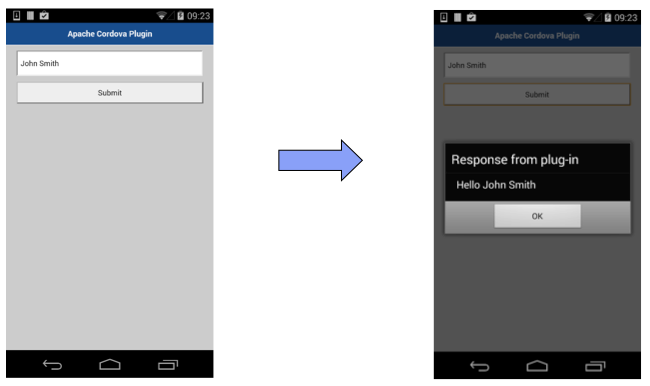