When you create a hybrid application, MobileFirst Platform generates an App Delegate (YourAppName.m) which handles the various stages of the application startup flow, as follows:

In MobileFirst applications, commands are sent with parameters from the web view (via JavaScript) to a native class (written in Objective-C).
You can use this feature to trigger native code to be run in the background, to update the native UI, to use native-only features, etc.

In JavaScript, use the following API:
WL.App.sendActionToNative("doSomething", {customData: 12345});

In MobileFirst applications, commands can be sent with parameters from native Objective-C code to the JavaScript code of web views.
You can use this feature to receive responses from a native method, notify the web view when background code finished running, have a native UI control the content of the web view, etc.

In Objective-C, the following API is used: 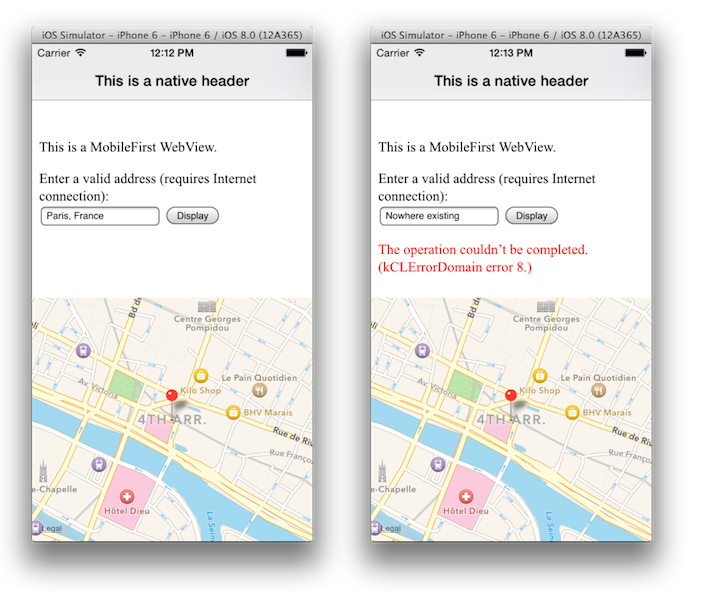 The interface was designed with a Storyboard file. It features a generic view controller with the ViewController custom class (described later). 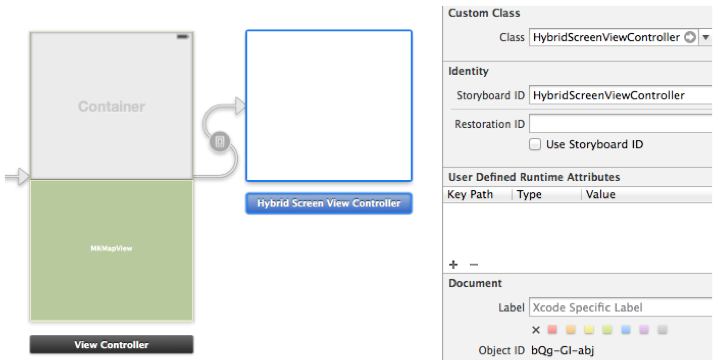 The title of the controller is set to be displayed as part of a UINavigationController object.
The geocoder is initialized.
The map delegate is set.
The ViewController object is registered as an action receiver for MobileFirst.

If a location is found, the region is centered and a new MKPlacemark is added to the map.