MobileFirst entities such as applications, adapter procedures, and static resources can be protected from unauthorized access.
Rules are defined by a security test that contains one or more authentication realms.

Each authentication realm consists of an Authenticator and a Login module, which are server-side components.

IBM MobileFirst Platform Foundation Server comes with a set of predefined authenticators, including:

Credentials can be validated in one of the following ways:

A security test is an ordered set of authentication realms that is used to protect a resource such as an adapter procedure, an application, or a static URL.

In the example above, a resource - for example, an application or adapter procedure - can be protected by either of two security tests. 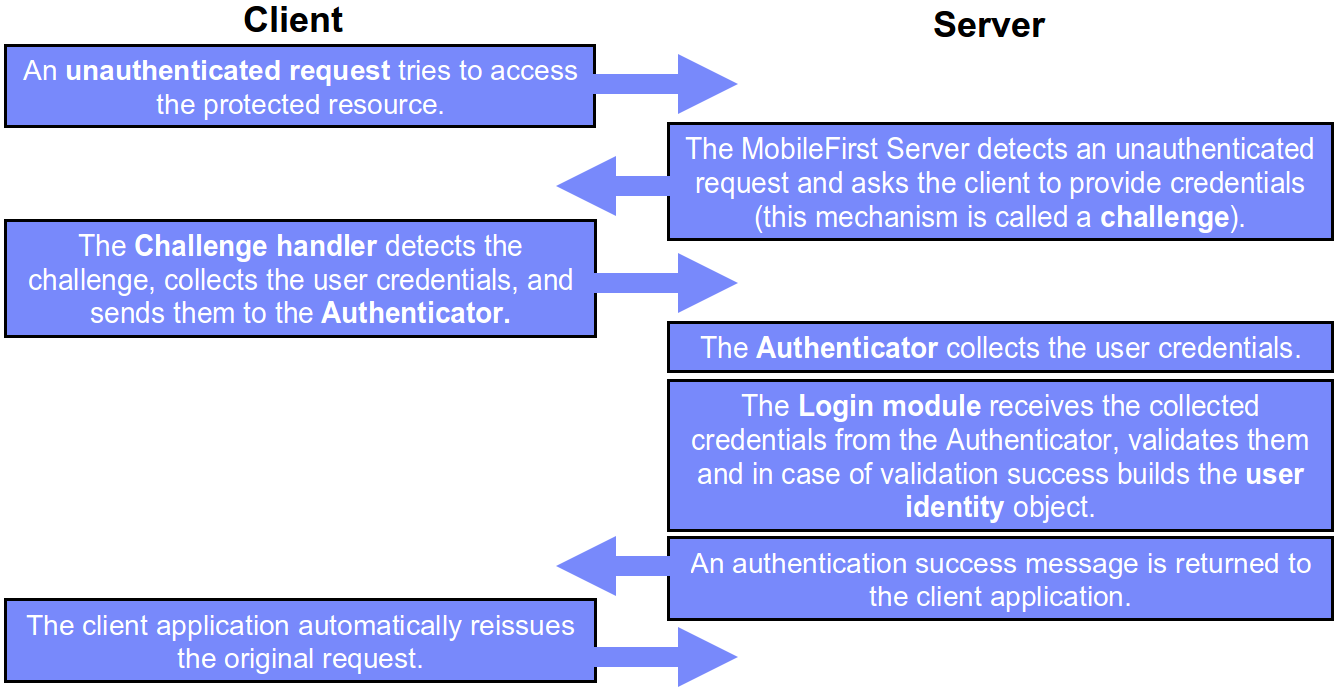 If no security test is defined for a specific environment, only a minimal set of default platform tests are carried out.

A static resource is a URL that is loaded from the MobileFirst Server instance, for example: the console or mobile web application.