You can use the IBM MobileFirst Platform Command Line Interface (CLI) to leverage MobileFirst features in Cordova applications. This is made possible by packaging the MobileFirst SDK as a plug-in for Cordova named cordova-plugin-mfp.

To see a list of the available Cordova commands, open Terminal and run the following command: mfp cordova.

To create a Cordova application, run the command: mfp cordova create.
You can use either the Interactive Mode as detailed below, or the Direct Mode (see mfp help cordova create).

To learn more about Cordova application templates, see the topic about developing Cordova client apps, in the user documentation. 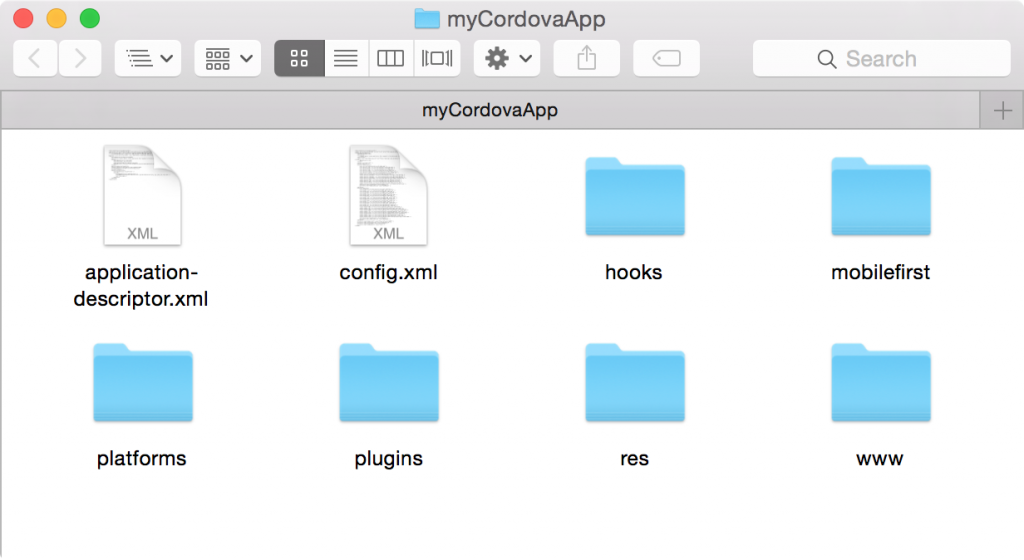 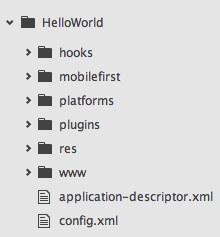 The wlInitOptions object and the wlCommonInit function are available inside the index.js file, which is part of the cordova-hello-world-mfp template. You can use the standard Cordova deviceready event to handle Cordova initialization, but the function wlCommonInit is the recommended way to identify that MobileFirst features are ready to be used.

You might want to preview the web resources of your application outside any specific platform, for example to debug common JavaScript logic.

Testing an application on an emulator or device

To run the application by using the Android Emulator or the iOS Simulator, use the emulate command:

Alternately, you can plug a device into your computer and test the app directly on it by using the run command:

Note: If you do not have a device plugged and execute the run command, this command starts an emulator/simulator, so that the behavior is the same as that of the emulate command. 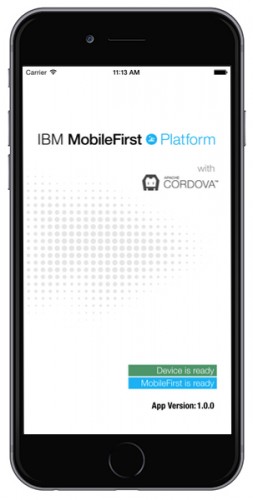 You can manage the available platforms in the Cordova project by using the platform command: mfp cordova platform [option].

You can manage the plug-ins used in the Cordova project by running the command:

The mfp push command is used to register client applications and deploy required application and adapter assets to MobileFirst Server.

If you are previewing an app in the Browser, you can refresh the browser after the push command to preview the new version pushed.

It is also possible to register an application to an existing remote MobileFirst Server, such as a QA, UAT, preproduction or production server. The mfp push command can be used with the remote server name specified.

Create a remote server definition by using the command: mfp server add.
You are prompted to provide a name, a fully qualified server address (protocol://host-or-ip-address:port), admin username and password, and additional details.

To push to the newly defined remote server, run the command: mfp push myserver.
The push command connects to the server and retrieves the list of available back-end projects to be selected.

By default, the mfp push command points to a local development server. Use mfp server info to list all defined servers and default servers.

Not all MobileFirst features are currently supported by the MobileFirst SDK in Pure Cordova applications.

For more details about what features are supported by MobileFirst Cordova plug-in, see the product user documentation.

to register the Cordova application in the MobileFirst Server

Building the sample step by step

Create a Cordova project by running the mfp cordova create command. Provide a name for it, and accept all the other default values. The application folder is created, with the default application template.

To add the Cordova Vibration and Camera plug-ins to the Cordova project, run the following commands:

Optionally, you can run the interactive command mfp cordova plugin add and select the vibration and camera plugins from the list presented.

Edit the file your-app-name/www/js/index.js to implement the behavior of the buttons.