The buttons are used to call the getSecretData procedure and to log out.

The AuthDiv element is styled as display:none because it must not be displayed before authentication is requested by the server.

The default login form that is returned from the MobileFirst server contains the j_security_check string. If the challenge handler detects it in the response, it returns true.

Clicking the login button triggers a function that collects the user name and password from the HTML input fields and submits them to the server.
It is possible to set request headers here, and specify callback.
The form-based authenticator uses a hardcoded j_security_check URL component. You cannot have more than one instance of it.

Clicking the cancel button hides the authDiv element, shows the appDiv element, and notifies the framework that authentication failed.

The callback function checks the response for the containing server challenge again. If a challenge is found, the handleChallenge() function is called again.
No challenge present in the server response means that the authentication process successfully completed. In this case, AppDiv is shown, AuthDiv is hidden, and the framework is notified about the authentication success. 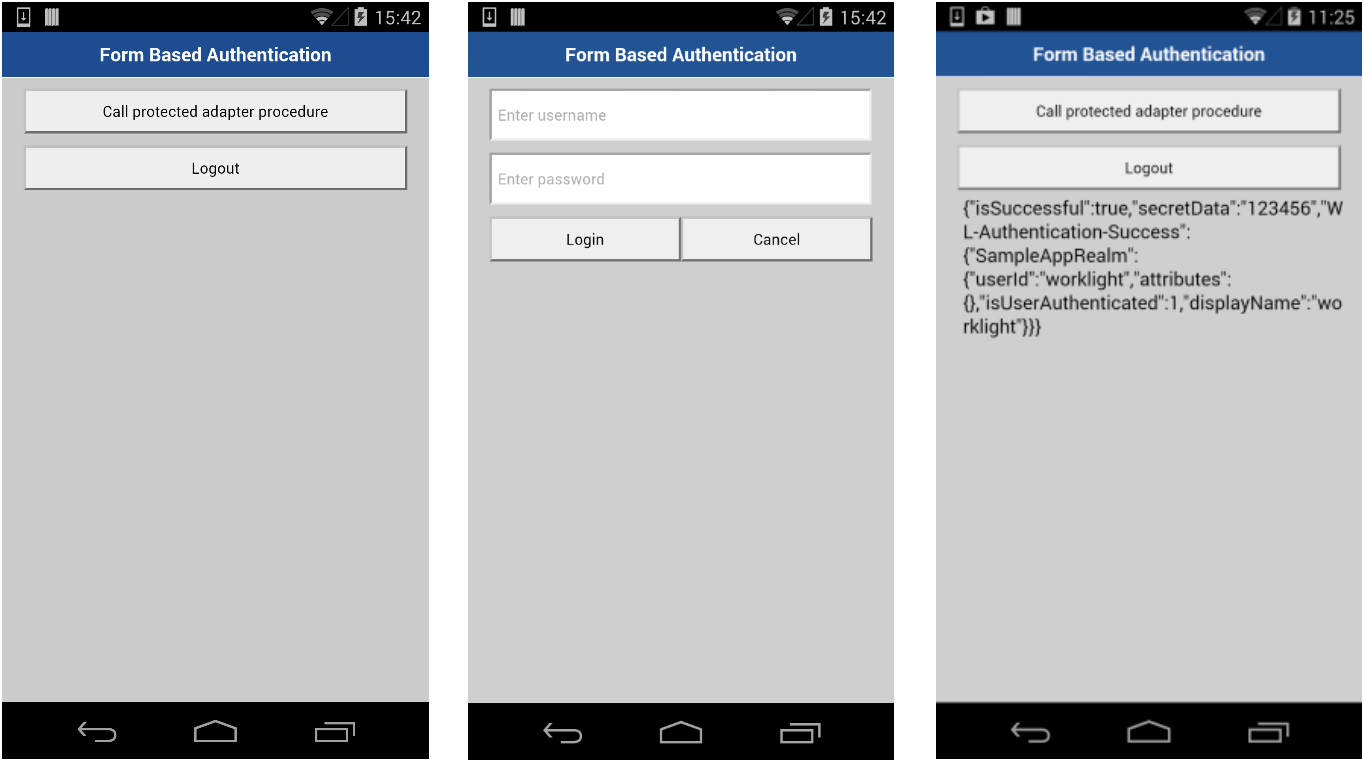