When the user taps to submit the credentials, you need to call the submitLoginForm method in order to send the j_security_check string and the credentials to the MobileFirst Server.
For example, in here we implemented a submitLogin method that called by the MainActivity after the login process is completed.

In the sample project, in order to trigger the challenge handler we use the WLClient invokeProcedure method.
The protected procedure invocation triggers MobileFirst Server to send the challenge. 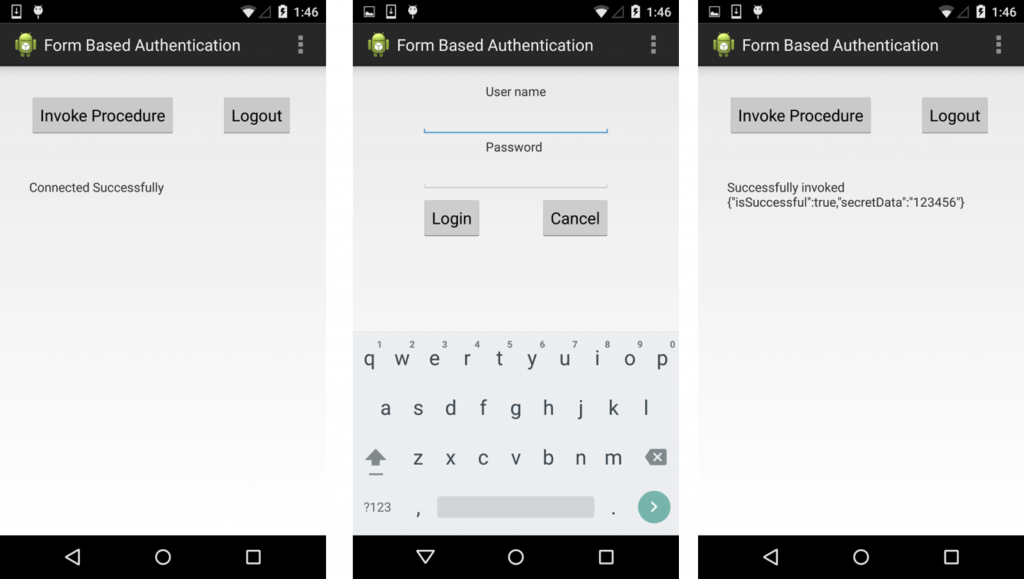